Haenyeo: Women of the Sea

A story about passing down traditions, based on Haenyeo (women divers from Jeju Island, Korea). Told by a mother and daughter in an interactive, intimate and immersive theatre experience with Korean music, puppetry and crochet. 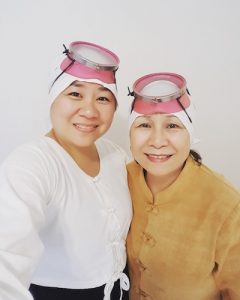 Pupperoos is a mother and daughter puppetry company based in Sydney, Australia.

Kay Yasugi trained at London School of Puppetry (UK) and teamed up with her mother Yong (Youngkyu Kwon) to share stories from their cultural heritage.

Haenyeo are women divers in Jeju Island, South Korea. They go free diving (i.e. with no breathing apparatus) for shellfish, seaweed and other seafood – which they sell to provide for their families. They dive between 5-20 metres each time, and can hold their breath for up to 2 minutes! They are one of the only matriarchal communities in the world. ​

​Their tradition that has lasted 600 years, and the eldest haenyeos are in their nineties. Jeju haenyeos were listed by UNESCO as an Intangible Cultural Heritage in 2016. ​

Sadly, their tradition is slowly dying out.​ We wanted to share their story.

We want our show to engage families and people of all ages to reflect on their own traditions and what they want to pass down to future generations, while also bringing to the forefront a story and culture that is rarely seen in mainstream theatre. We believe that audiences will be intrigued and enchanted to learn about this rare free-diving and sea-farming culture in Korea, while also seeing empowering stories about women.

See our slide show below for more photos and information including our research trip to Jeju Island, South Korea, in 2018 – which was partly funded by a grant from the Seaborn, Broughton and Walford Foundation. There are also photos from our world premiere at the International Figura Offida Festival in Offida, Italy in 2019. 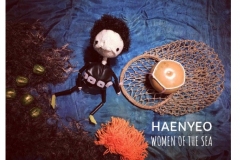 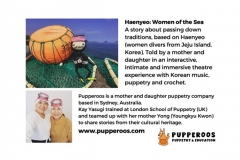 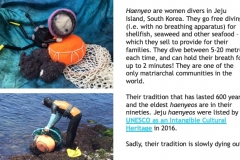 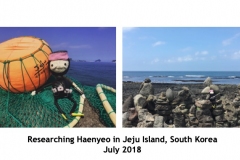 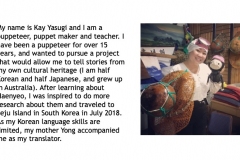 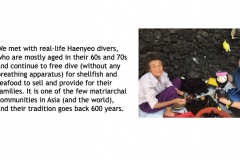 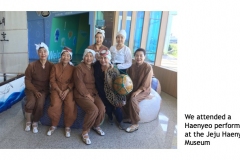 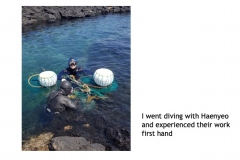 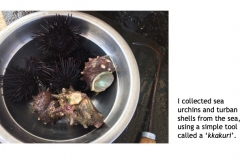 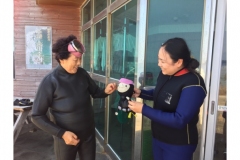 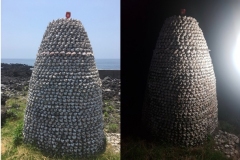 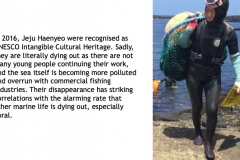 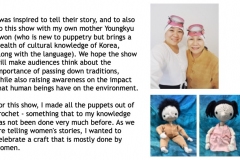 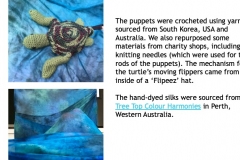 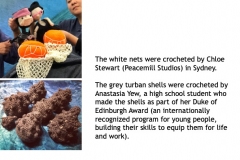 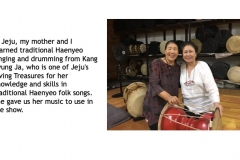 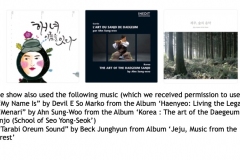 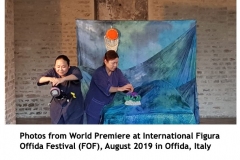 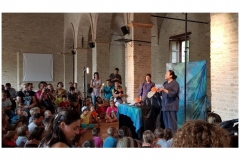 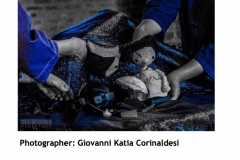 In 2020, Kay was interviewed by Annemarie Terblanche for her Facebook series, Earthling Stories.

The four minute mini-documentary features some of the back story of ‘Haenyeo: Women of the Sea’ (how it was created) and includes some beautiful footage of actual Haenyeo (women divers in Jeju Island) as well as footage from the show.

In our research about Haenyeo we read the book “The Island of Sea Women” by Lisa See – a beautiful, moving and deeply sad novel set in Jeju Island, South Korea, about these incredible women divers living through decades of conflict and unrest. Lisa See’s website has lots of information and videos about Haenyeo for those who are interested in learning more about them.

For booking enquiries for the show, please contact Kay at info@pupperoos.com